Way back on Mother’s Day, I swung by the farmer’s market at City Market in Kansas City.

My goal was to pick up some fresh or potted flowers for my mama. But what I ended up with were chocolate linguine noodles, a hand-painted flower pot filled with six ounces of fudge and a bag of locally made dog treats. 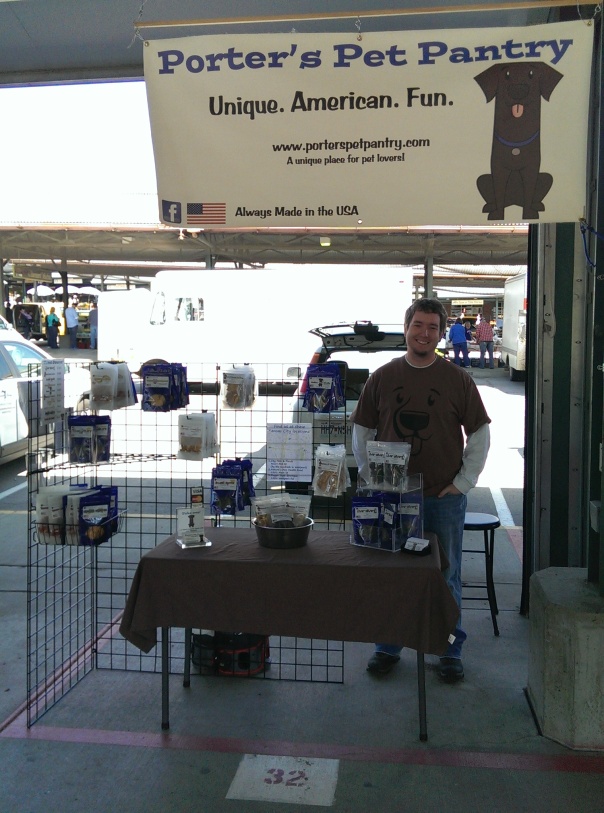 The dog treats were for my pups. They came from Porter’s Pet Pantry, a local company I had not encountered before.

The family of Porter – a chocolate lab who inspired the business – makes a rather large line of wholesome dog snacks in a professional kitchen in the River Market.

Nate, who I chatted with, explained to me that the company started with liver slivers, a pure meat treat, and the offering has grown from there. What I took home for Luke and Scooby was unlike anything I have bought for them before: waffles.

Actually, these were Chicken-N-Waffles, little silver-dollar-sized waffle-shaped biscuits made with wholesome grains and real chicken. They were crunchy and, apparently, tasty.

They were eaten up before I thought to take a photograph and the packaging disappeared. Oh well, we will have to hit up Porter’s Pet Pantry again.

Have you discovered any local treats lately?