← Happy “Gotcha Day” to Scooby!
Letter to a landlord →

I sort of used to be this chick

I have nothing against the hipsters. I used to be one.

In fact, I had a lot in common with this girl. 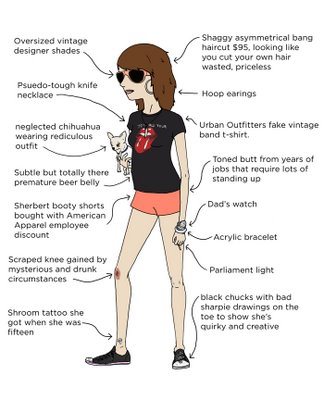 Forgive the low res of this image. I couldn’t find the original, which means I can’t even give credit. (If you’re out there, Hipster Bitch Meme Maker, let me know and I’ll link to you!)

OK, I never smoked cigarettes, I have very limited experience working in the service industry, and the only Chuck Taylors I’ve ever worn belonged to my male roommate. But I have always dug pseudo-tough jewelry, overspent on edgy haircuts and – for the past six years – toted around a very tiny dog. 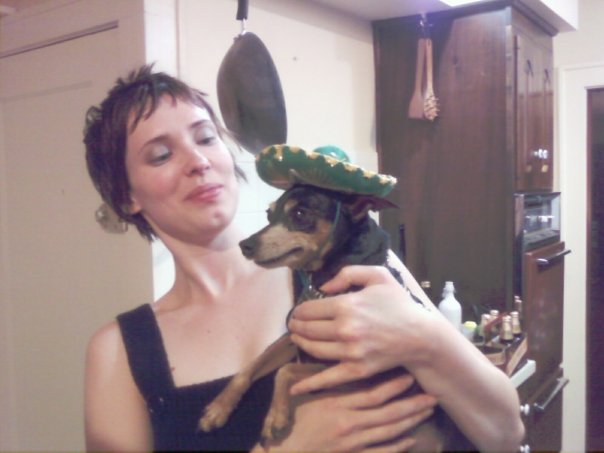 While I never neglected Scooby’s nutritional needs, in my mid-twenties I was a lesser pet parent than I think I am today.

Oh, I have always adored my elderpin to a point of obsession. And we have always made it to the vet for regular check-ups (and many hypochondriac-y unexpected visits), adhered to a heartworm-preventative regimen and taken long walks around the city.

But I’m a highly social being, and I used to have lots of people over to my home. It was during one of my parties that Scooby showed up in my life. He was instantly the night’s main attracion.

For a while, lots of people were living in my home, along with a whole bunch of little dogs because I needed help paying the rent on a giant, dilapidated Midtown Kansas City house. I liked dogs so much that I offered to babysit other people’s pets, too. One of them stayed for six months! 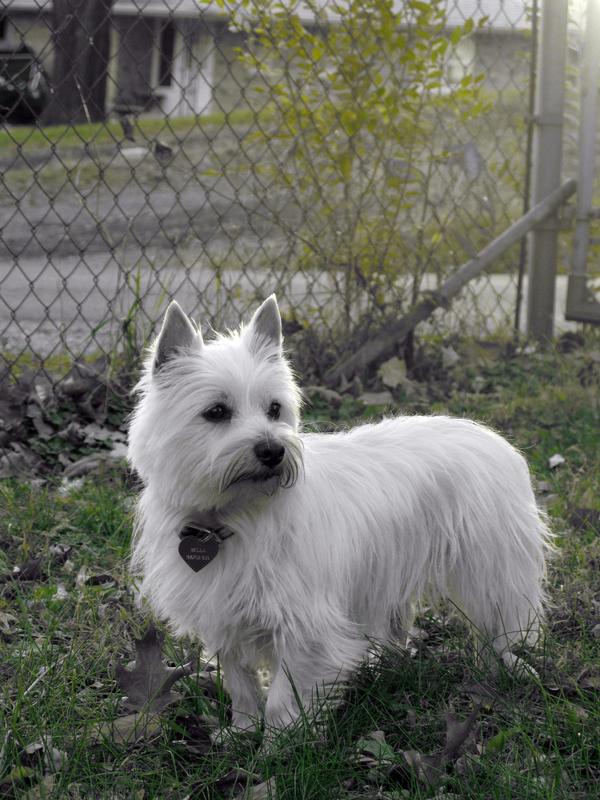 Fortunately, Scooby and Bella liked each other.

I didn’t think much about Scooby’s feelings during this chaotic time. I just expected him to deal with every situation, from the crook of my arm or someone else’s. However, it became clear on a few occasions that being in the middle of a people party was very stressful to him, as he spontaneously lost bladder control. I can’t believe he never bit anyone too hard – he suffers the “You’re so cute, I just have to pick you up” fate of all teeny tiny dogs.

I thought Scooby might perish one New Year’s Eve because he had successfully begged so many treats off of visitors throughout the night that his little tummy got huge, and he had a hard time sleeping.

I’m glad the little guy was so patient with me. If I hadn’t had Scooby to come home to, to feed, to let out and to snuggle regularly, I believe I could have slipped into a real hard party daze.

He kept me sane-ish. And now, he gets to live out the rest of his days in peace and routine. (Except when it comes to regular toenail trimming. I still suck at that.) 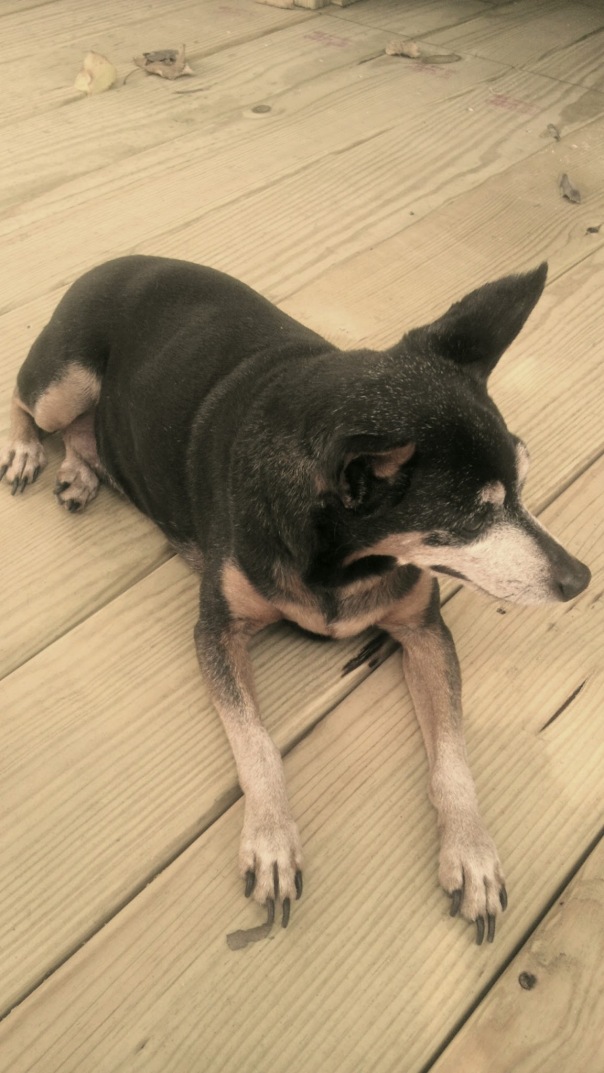 Has your dog seen you through some crazy times? Share your story in the comments.

I live with two formerly wayward dogs. I care deeply about the environment, and I think gardening is a revolutionary act.
View all posts by crystalwayward »

← Happy “Gotcha Day” to Scooby!
Letter to a landlord →